Home
/
Blog
/
Health Insurance
/
Question #94 What happens if my insurance company goes out of business?

Question #94 What happens if my insurance company goes out of business? 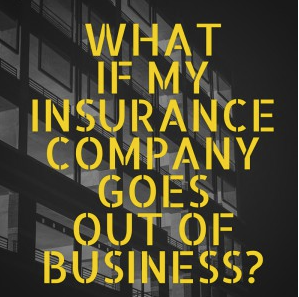 The question has been asked: What would happen if my health insurance company goes out of business. That’s a very legitimate question. In today’s world, with Obamacare and the Affordable Care Act, sometimes you wonder how companies can afford to pay for the claims that come through when they don’t understand the potential risk that’s involved in the person signing up for health insurance.

In today’s world (since the ACA) where there are no questions asked about a person’s health, insurance companies never really know the potential risk or potential claims that will be required for that individual.  So, a logical person would ask: What would happen if there were too many claims and not enough money coming in from premiums? Would my health insurance company go broke? and Would they go out of business?  Where would that leave me?

The simple answer: No, they wouldn’t.

Part of the Affordable Care Act law allows for companies to have a cushion of financial protection. This past year was the first year that other companies subsidized the lowest company on the profitable scale.  Let me explain what that means.  Last year Humana was the least-profitable company, and all the other health insurance companies pitched in financially to help pay for their expenses, so that Humana would not go broke.

This blog was written by Timothy Jackson, President of The Health Insurance Specialists.