Home
/
Blog
/
Health Insurance
/
Question # 67 My doctor overcharged me. Who should I call to have this fixed?

Question # 67 My doctor overcharged me. Who should I call to have this fixed? 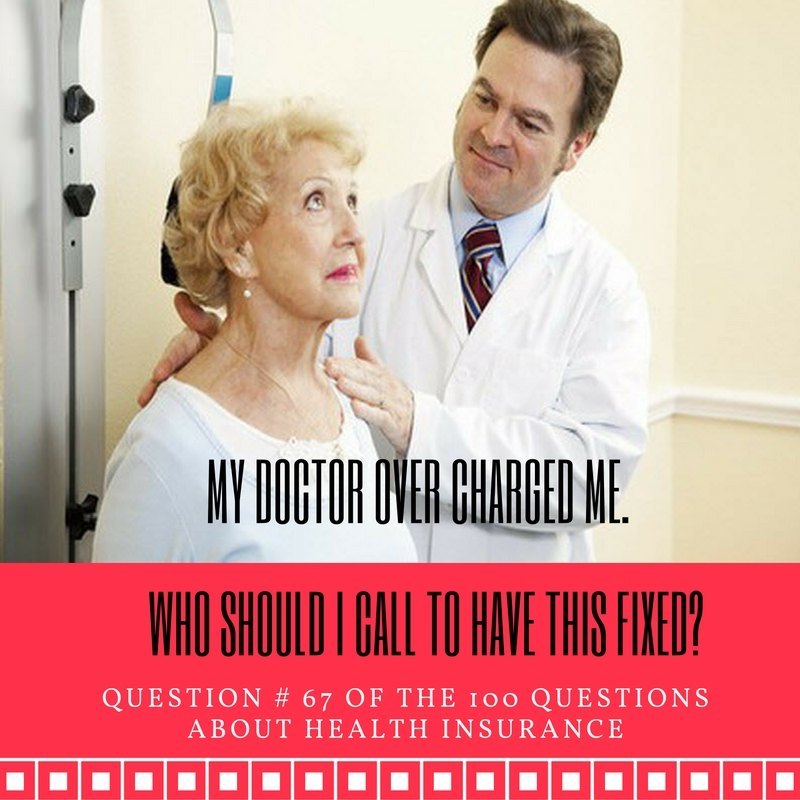 When it comes to Health Insurance Claims, and doctor’s visits, it’s very common to have a mistake in your billing.  I don’t think I can count how many times this has happened to me.  Sometimes the mistake is very small or nonexistent, (sometimes I’m the skeptic that doesn’t believe my bill came out right even when it did), and sometimes my doctor’s office charges me a lot more than they should have.  But for any reason, if you aren’t sure about your bill, you should clarify that you are being charged correctly.

So what is the best way to clarify?

You can either call your doctor’s office billing department or your health insurance carrier.  You may even need to call both.

I usually call my insurance carrier first.  That way I can verify that there was an error before I make things awkward with the person at my doc’s office.

On the back of your insurance card there is a phone number you can call for member services.  They will typically verify that they are talking to you personally (or who you are calling about if you are calling for a family member).  Then I tell them what’s up.  I mention that I got a bill that is confusing to me and that I was under the impression that I already paid for what is being charged or that I thought this service was covered.  Then the health insurance carrier representative will look into the issues.  They will investigate if I was rightfully charged or if an adjustment needs to be made with my bill.

One time we were charged about $30 extra because our doctor’s office had entered the wrong billing code for a procedure.  My insurance carrier representative was able to help me correct this.  He called my doctor’s office billing department for me and told them that they needed to change the bill.  When I received the same bill in the mail a few weeks later, I called my insurance carrier again.  That time they were able to get in touch with the right people in my doc’s billing department and the error was corrected.  I then called the billing department and paid the correct amount instead of $30 overcharge.

Another time, I received a bill more than a year after a medical procedure was conducted.  We had already received 2 or 3 bills for the same day up at the medical center.  I was getting frustrated that we had already paid a lot of money and that more bills kept coming.  This made me think that something was being repeatedly billed.  So I called and asked my insurance carrier rep.  They mentioned that it appeared to be a justified claim and that the bill was correct.  When I called the medical center to pay the bill over the phone, I asked why we were still being billed.  They were able to inform me that because of the billing system, we had already paid for the procedure but the bill I had just received was actually for the cost of the doctor who conducted the medical exam.  I asked them if I would continue to receive more bills.  They informed me that it appeared everything had gone through billing so that should be the last bill I received from that visit.  That made enough sense to me that I paid the bill.

So as you can see, it may be very simple or it could be a huge grooling process to fix whatever happened with your bill.  But to me, it was worth it to know that I was being charged accurately.

This blog was written by Marissa Gramoll, a Health Insurance Specialist.

If this blog was helpful to you, check out:

Tim’s epic video about the difference between a bill and a statement of benefits.