Home
/
Blog
/
Health Insurance
/
Question # 56 What is the difference between Medicare and Medicaid?

Question # 56 What is the difference between Medicare and Medicaid? 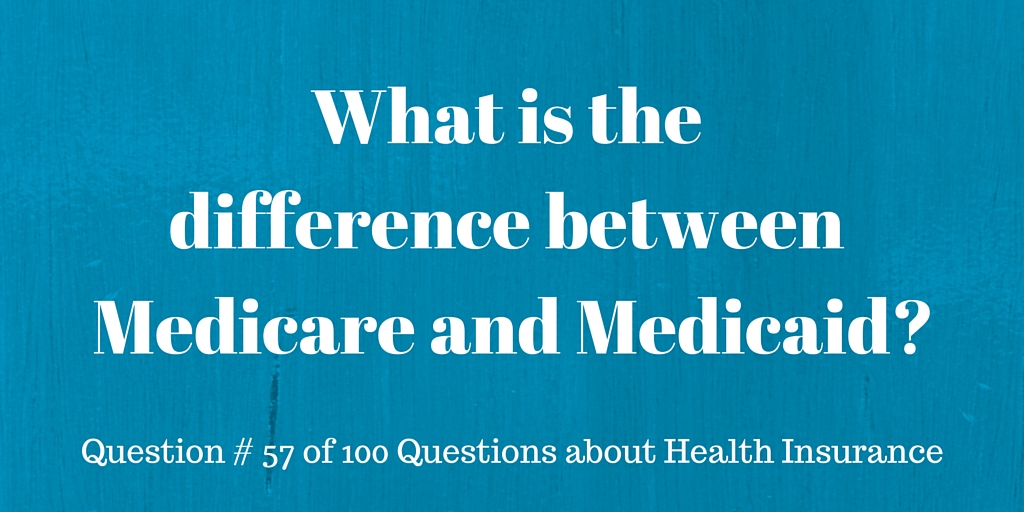 People often ask us the question what is the difference between Medicaid and Medicare?

So instead of going through a lot of detail of when the plan was established, how long it’s been around, how it’s funded, I want to simply put a definitation for both:

Medicare is government-assisted health insurance for those over 65.

Medicaid is government-assistance health insurance for those under 65.

Medicare is a policy that is run by the federal government.  Everyone that is over 65 that has been in the United States for a certain amount of time and qualified based on their work experience is eligible for Medicare.

Medicaid is run by the state and comes out of state funds and in order to be eligible for this, you have to qualify based on your income status and your family size.